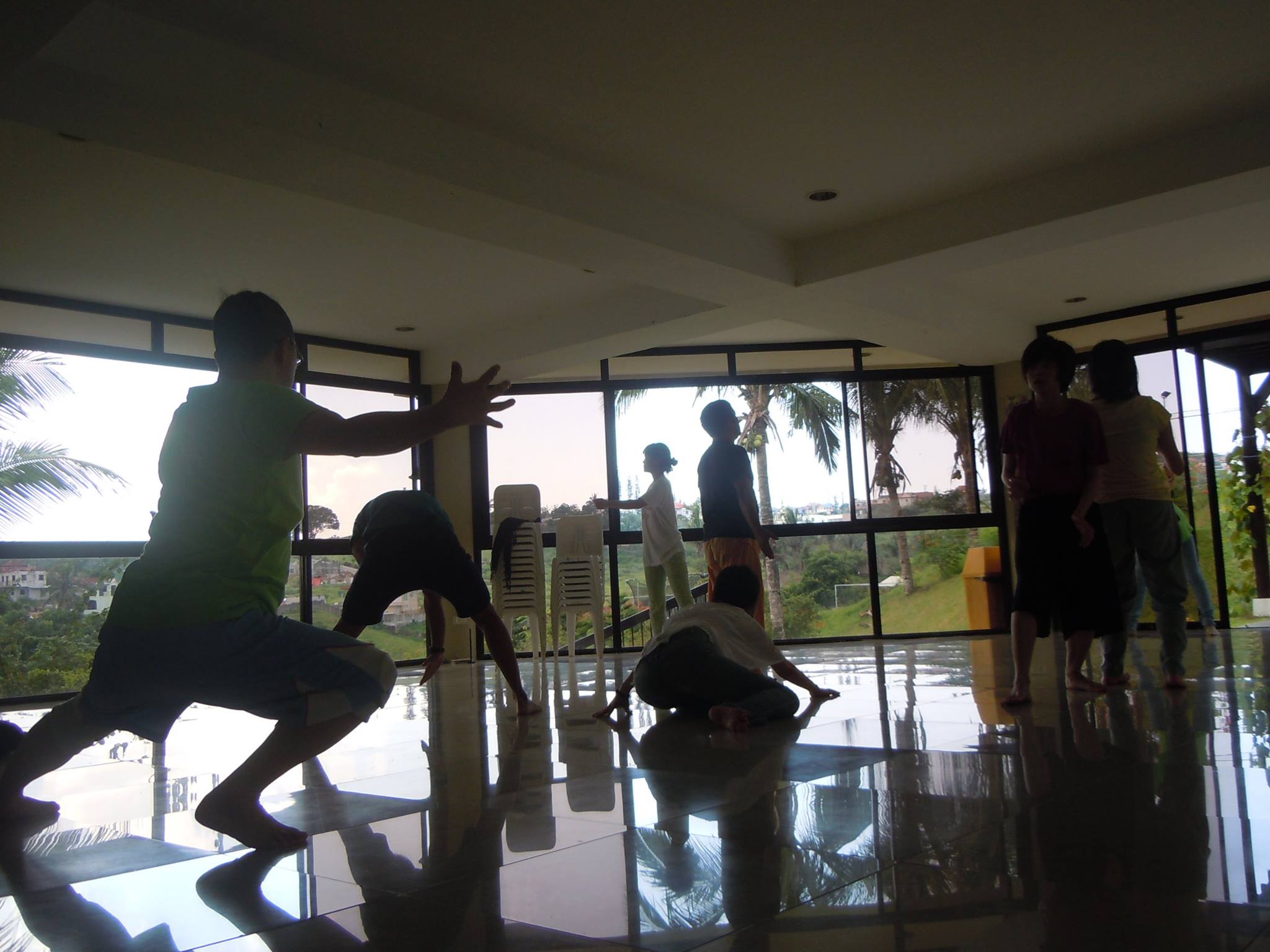 The first Playback Theatre company was founded in 1975 by Jonathan Fox and Jo Salas. Fox was a student of improvisational theatre, oral traditional storytelling, Jacob Moreno's psychodrama method and the work of educator Paulo Freire.

Salas was a trained musician and activist. Both had served as volunteers in developing countries: Fox as a Peace Corps volunteer in Nepal, Salas with New Zealand's Volunteer Service Abroad in Malaysia - wikipedia

The Playback 'form' as developed by Fox and Salas utilises component theatrical forms or pieces, developed from its sources in improvisational theatre, storytelling, and psychodrama. These components include scenes (also called stories or vignettes) and narrative or non-narrative short forms, including "fluid sculptures", "pairs", and "chorus" - wikipedia

In a Playback event, someone in the audience tells a moment or story from their life, chooses the actors to play the different roles, and then all those present watch the enactment, as the story "comes to life" with artistic shape and nuance. Actors draw on non-naturalistic styles to convey meaning, such as metaphor or song.

Playback performers tend to specialise in one of several roles - conductor, actor, or musician. Some companies also have members who specialise in other roles, such as lighting. For audiences, the active performers can seem preternaturally gifted, as they create their performances without a script or score.

Following the practice of the original company, most companies do not consult or "huddle" prior to beginning the story, trusting instead to a shared understanding of the story they have heard and a readiness to respond to each other's cues.

The role of conductor, by contrast, can seem relatively easy, involving as it does conversing with the audience as a group or individually, and generally involving no acting. However, it is recognised within the community of Playback performers as the most difficult role to fill successfully.